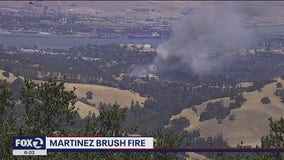 Firefighters responded to the blaze at 1 p.m. Sunday. 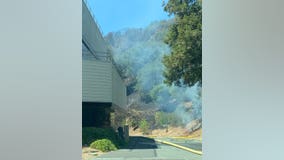 The fire went to a second alarm before forward progress was stopped and while numerous structures were threatened, none were damaged, and there were no injuries to firefighters or the public. 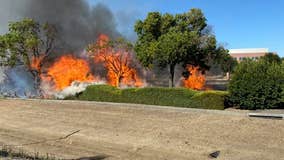 The first fire was just north of Vaca Valley, and the next five were along the interstate to the I-505/I-80 interchange.

The fire started shortly after 11 a.m. and quickly grew to 7+ acres.

Firefighters are spending Saturday patrolling the perimeter of the fire, east of Gilroy.

Authorities reported that a pickup truck collided into the median causing a grass fire on Interstate 580. 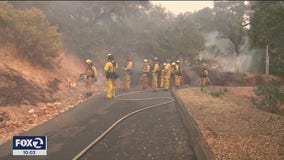 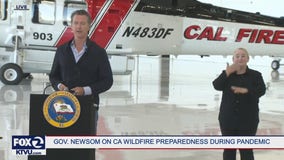 California Gov. Gavin Newsom on Thursday will provide an update on the state's wildfire preparedness and response efforts in light of the COVID-19 pandemic. 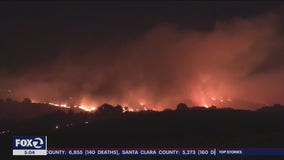 The fire was initially reported at 1:52 p.m. Sunday near Crews Road and Sunlit Oaks Court, prompting evacuations from state Highway 152 north to Gilroy Hot Springs and southeast to Prunedale Avenue. 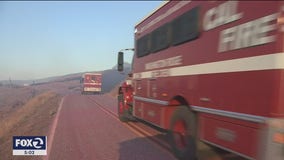 The Crews Fire is burning just north of Highway 152, near Gilroy. According to Cal Fire, the blaze has burned 5,400 acres, equivalent to about 8.5 square miles, and is 20-percent contained. 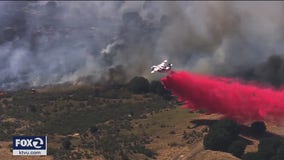 A fire that burned close to homes caused a scare among people who live and work in the Cordelia area of the Fairfield Monday afternoon.

A vegetation fire burned 60 acres Monday on Fairfield's Nelson Hill, fire officials said. The fire was under control as of 7:20 p.m. 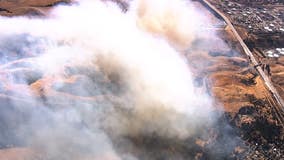 Forward progress of a 150-acre grass fire burning in Crockett has been stopped. The fire started east of Highway 80 near the Cummings Skyway Monday afternoon. 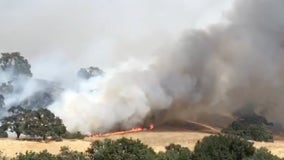 The public is being asked to avoid the area near Crews Road east of Gilroy, which has since spread eastward to the Canada Road area. 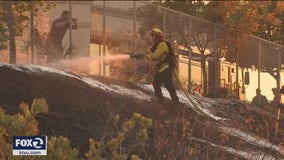 Fireworks displays that have been going on for weeks hit a crescendo Saturday night.

The Crews Fire has burned about 30 acres and is advancing at a moderate rate, according to Cal Fire, which said structures are threatened and additional air and ground equipment were being dispatched. 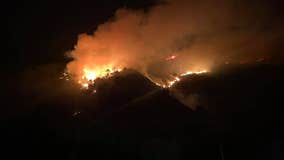 The Park Fire on a wooded ridgeline outside Morgan Hill has grown to 100 acres overnight, Cal Fire said Sunday morning.